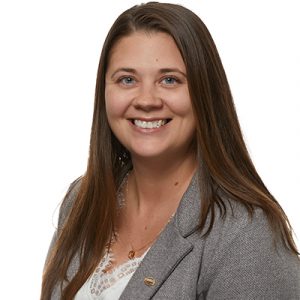 Laura is a 2014 Graduate of the Investing in People program and a 2015 graduate of the Leadership Northwest Program at the Northwest Connecticut Chamber of Commerce. In 2017 she received the coveted Litchfield Bancorp – A Division of Northwest Community Bank “Unsung Hero” award for going above and beyond her duties at the bank and for our customers.

In addition to her duties as Branch Supervisor, Laura also holds the role of Creative Marketing and Press Specialist and is Editor in Chief of the Connecticut Mutual Holding Company’s Connection Newsletter.

Outside of the bank, Laura enjoys spending time with her family including two young boys, vacationing on Cape Cod, being outdoors as much as humanly possible, and cooking!